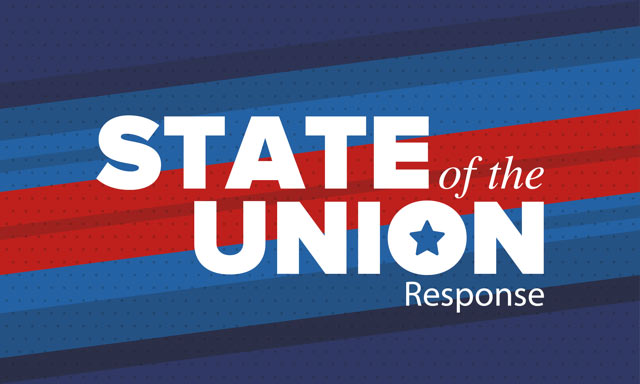 Statement on President Biden’s State of the Union Address

March 1, 2022 – This evening, President Biden addressed the nation on a variety of issues affecting us all. As a candidate for Congress in Mississippi’s District 4, I think the people of our district deserve to know what I think in response.

The State of our Union has worsened since Joe Biden took office just over a year ago. Inflation is at a 40-year high. Prices at the gas pump are out of control with no end in sight. Supply-chain bottlenecks affect Americans every day in too many ways to count. Crime is out of control in many cities and Biden’s open border policies have led to violent criminals and drugs crossing freely into the U.S.

It’s time for strong Republican leadership that can effectively push back against policies that have led to these unprecedented crises and stand up for Americans.

I agree with President Biden’s expansion of services to address the unprecedented mental health crisis in our country. Americans are exhausted by the pandemic and economic pressures. They need support and relief from the unprecedented combination of negative forces affecting their lives. We need to take steps to make sure that services and treatment for mental illness reach people quickly.

On Ukraine, President Biden stated, “We, the United States of America, stand with Ukrainian people. Throughout our history, we have learned this lesson. When dictators do not pay a price for their aggression, they cause more chaos.”

I agree with this. But, there’s also a direct correlation between Putin’s aggression in Ukraine and the weak foreign policy strategy in the current White House. In the weeks leading up to Russia invading Ukraine, the Biden administration lobbied against Republican-led efforts to sanction Russia. In fact, the U.S. imported a record amount of oil from Russia last year, while restrictions were placed on American energy production, including the blocking by the Biden administration on the Keystone pipeline project. This helped fund Putin’s war on Ukraine and these policies need to be reversed.

I wholeheartedly support the emergency spending bill that will get more weapons to Ukrainian forces and humanitarian aid to the Ukrainian people. I also support sending more American troops to neighboring countries to reassure our NATO allies.

As your Congressman, I will work tirelessly for you, to reverse policies that have led to the multitude of problems. I’ll anticipate the long-term results of our government’s actions so we don’t continue to have to deal with foreign policy crises after the fact because we failed to act properly before the fact.

Tonight the president gave a statesman-like address and praised Republicans for helping pass the infrastructure bill. That said, all too often over the past year President Biden has governed by demonizing Republicans and attempted to use razor-thin majorities to jam unpopular, budget-busting spending bills through the Congress. This approach hasn’t worked and it won’t work. I hope his speech marks a turning point, but count me a skeptic.

Mississippi State Senator Brice Wiggins (R-Pascagoula) represents District 52 of Mississippi covering south Jackson County, including the cities of Pascagoula, Gautier, and Ocean Springs. He is now running for Congress in Mississippi’s District 4. Brice has generations of ties to the Jackson County area, growing up in Pascagoula as the great-grandson of former mayor Ed Wiggins. He adamantly believes in giving back to his community. His current committee assignments in the Mississippi Senate are: Judiciary, Division A- (Chairman); Judiciary, Division B; Appropriations; Congressional Redistricting; Corrections; Legislative Reapportionment; Education; Medicaid; Ports & Marine Resources and Public Health & Welfare.